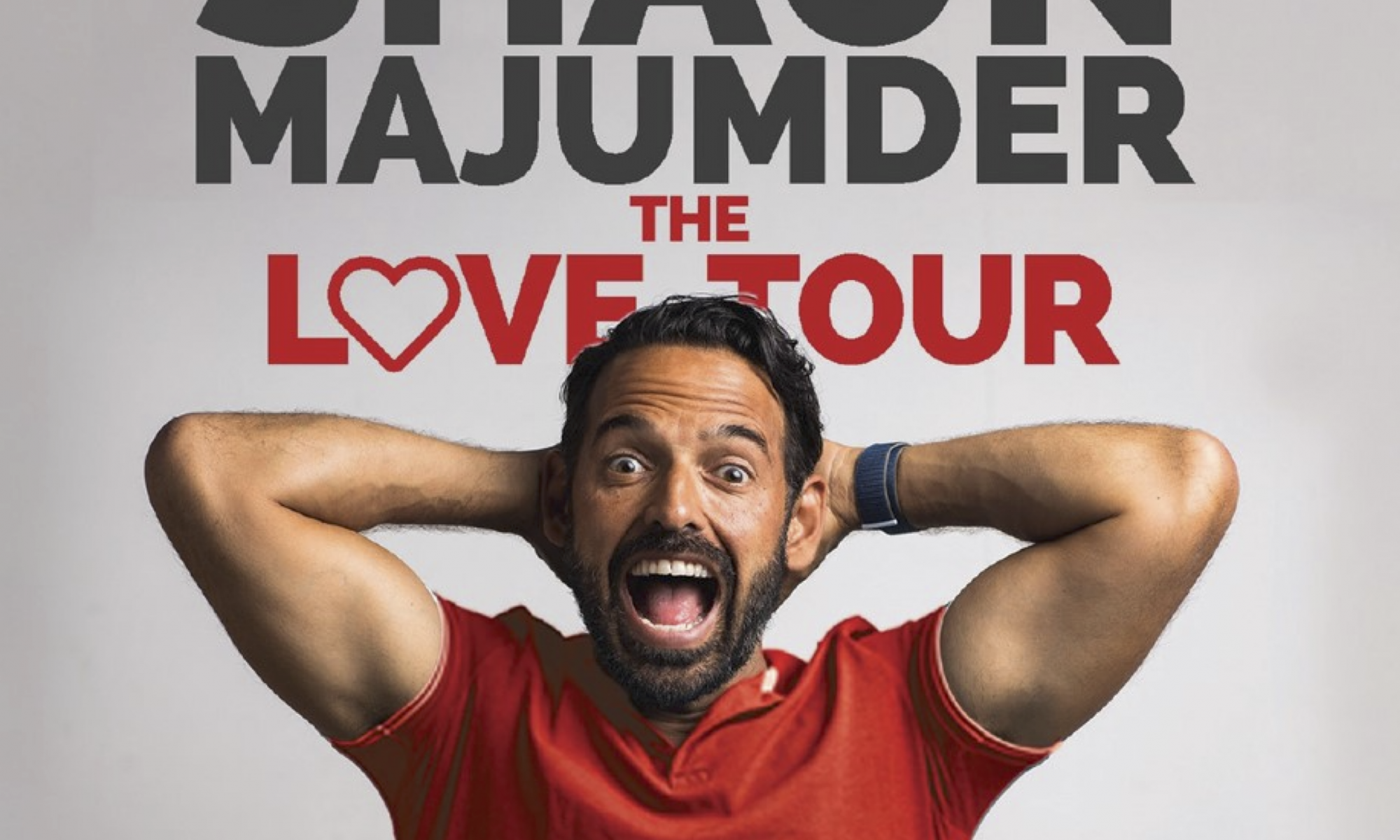 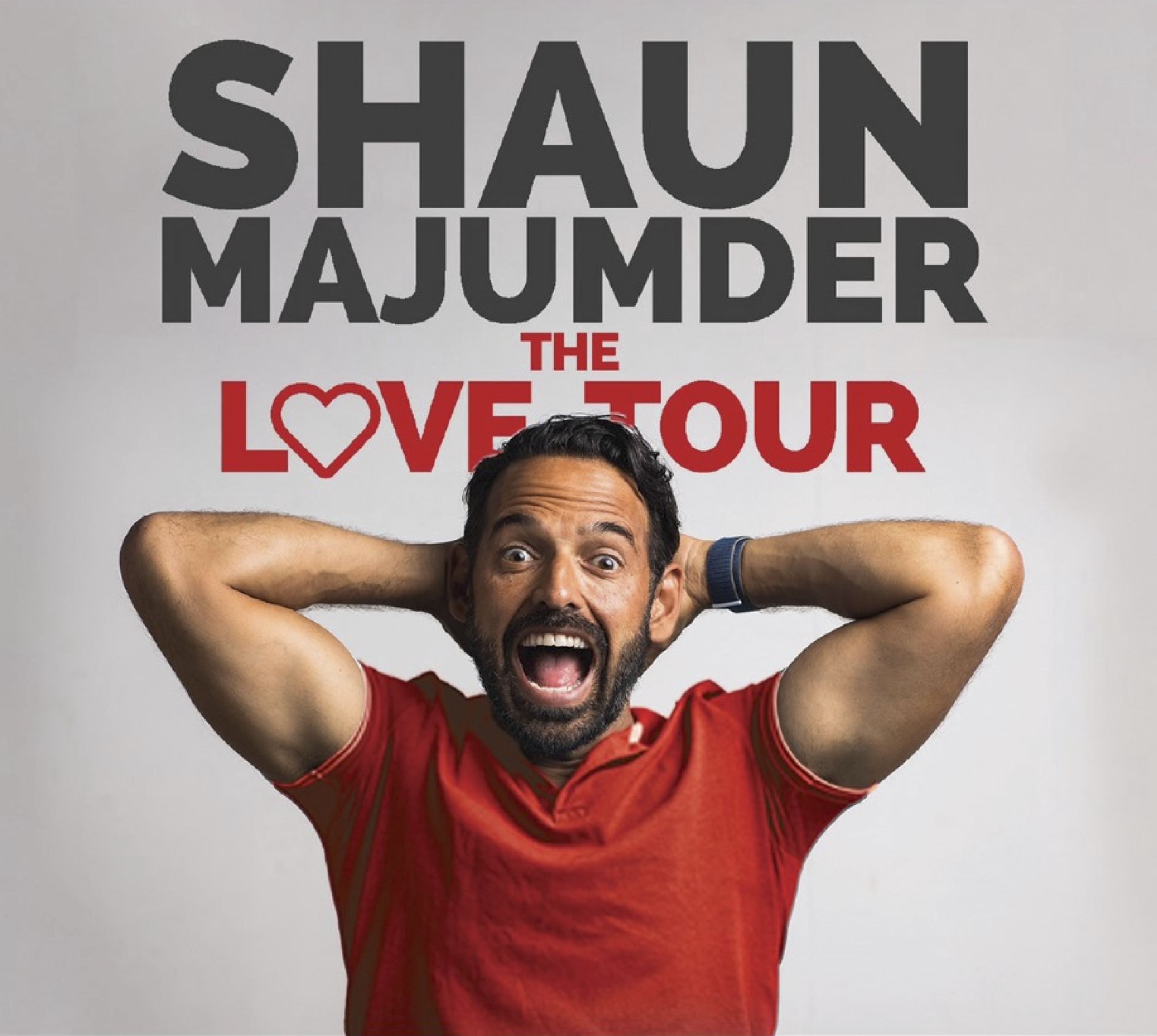 Love is no joke, but comedian Shaun Majumder finds a way to make it funny. Majumder, an alumnus of “This Hour has 22 Minutes,” is bringing “The Love Tour” to the Wingham Town Hall Theatre on March 23, 2023.

In addition to working on “This Hour Has 22 Minutes,” Majumder has worked on YTV as a host at the Just For Laughs comedy festival, and appeared in television shows such as “Detroit 187,” “The Firm,” and “24.” His new horror series “From” recently premiered on Paramount Plus in Canada.

Raised in rural Newfoundland Canada, Shaun Majumder has been a performer his entire life. After leaving his hometown of Burlington (Pop 350) and moving to Mississauga Ontario at the age of thirteen, Shaun acted in his first stage play in the 8th Grade (Grade 8 in Canada). Immediately he was hooked. He continued theatre throughout high school, winning several awards at festivals for his many performances. But according to the adults around him, there was no future in this acting thing. So, Shaun followed the guidance of his teachers and did what most did; went to university with the hopes of a career finding him.

After one year of partying and taking general arts classes, Shaun quickly realized his true passion was acting, so he abandoned his safety net and went for it.

He found early success as a Standup Comedian and host, landing his first gigs with YTV (Canada’s Nickelodeon) as a host/PJ for five years, along with CBC’s Just For Laughs comedy series. He continued to book small roles in Film and TV and in 2003 he Joined the cast of CBC’s This Hour Has 22 minutes where he spent seventeen seasons.

For the past twenty plus years, Shaun has found success on both sides of the border. A few noteworthy performances include his work as Detective Vik Mahajan in the ABC’s critically acclaimed crime drama, Detroit 1-8-7. His role as Andrew Palmer on NBC’s The Firm starring alongside Josh Lucas and Juliette Lewis. As Hassan Numair on FOX’s 24. His comedy roles include starring in the Sketch Comedy Series Cedric The Entertainer Presents, The Farrelly Brother’s Unhitched, ABC’s Married Not Dead, NBC’s Nevermind Nirvana, and CBC’s Hatching Matching and Dispatching.

The shows start at 7:30 PM. Tickets to see the Shaun Majumder show at the Wingham Town Hall Theatre in Wingham, ON can be purchased at www.ticketscence.ca, in-store at Annette’s Treasures Galore, 206 Josephine Street in Wingham, ON or by calling 1-519-912-1515.