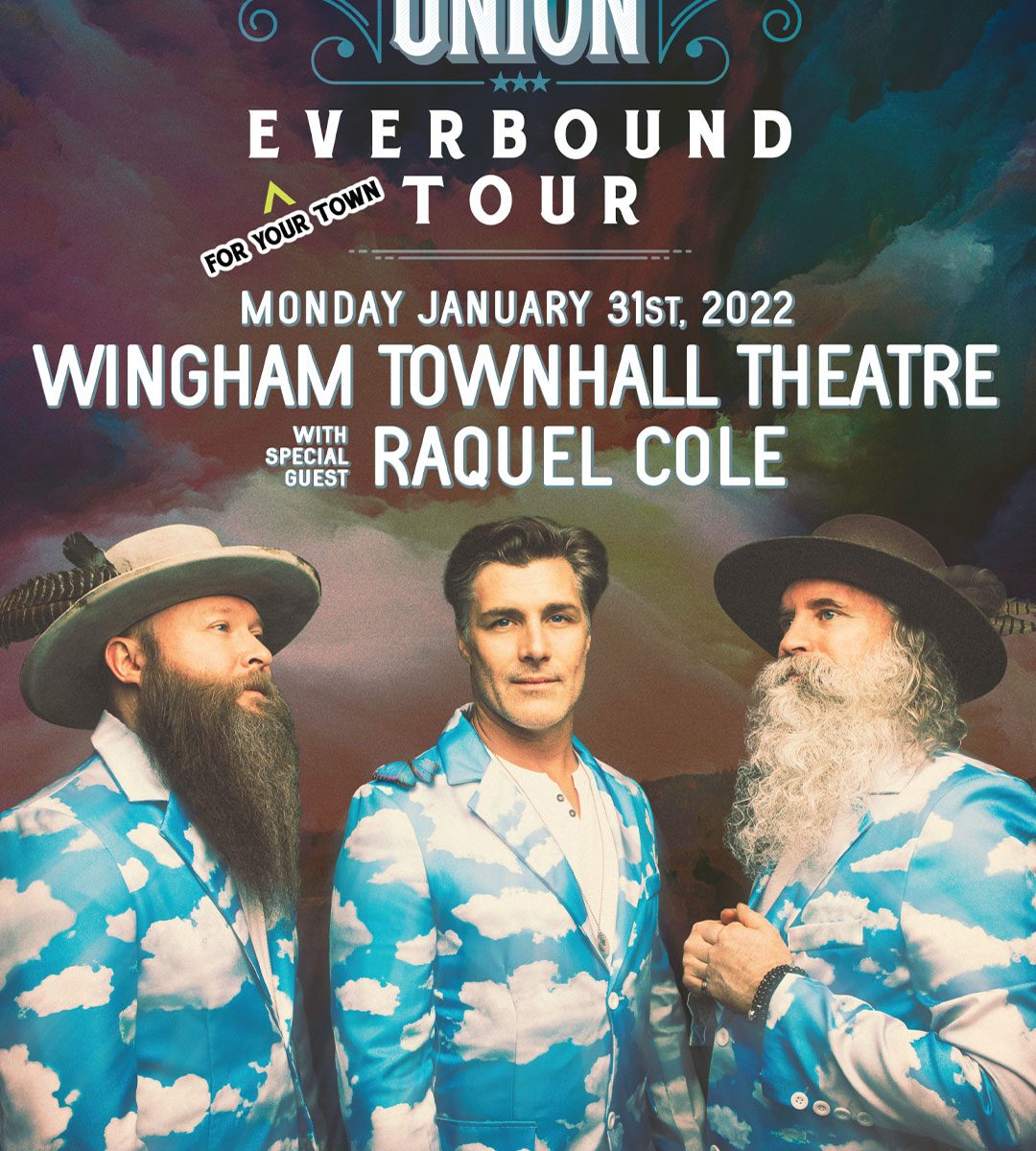 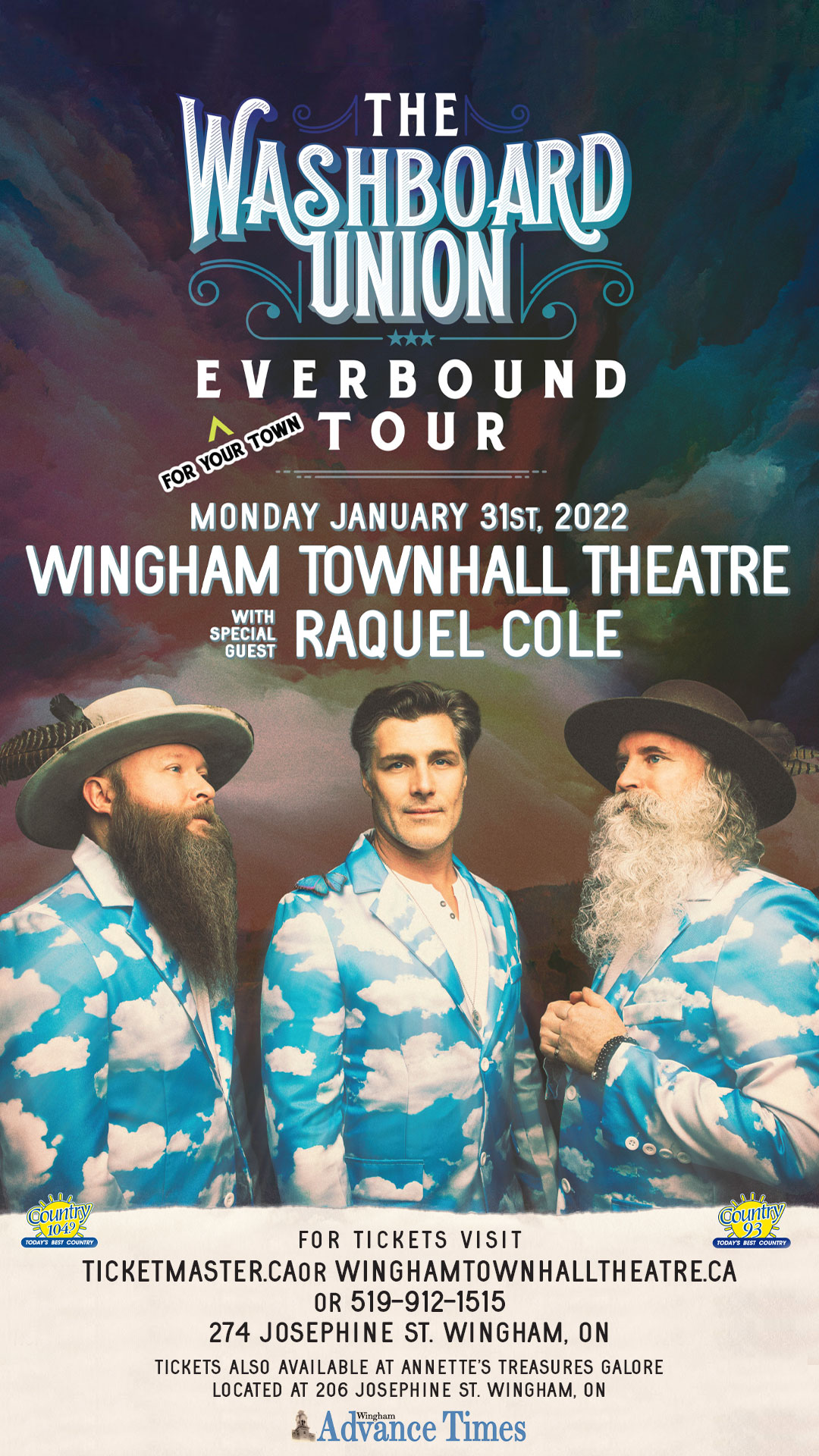 Country 104.9 and 93 present  The Washboard Union “Everbound For Your Town Tour” at the Wingham Townhall Theatre.

Hot on the heels of their fourth nomination for Group of the Year at the CCMA Awards– and 3x-reigning winners in that category – The Washboard Union are heading back on the road for the “Everbound For Your Town Tour.”

“Playing live is the life-blood of this band and being with our fans is something we’ve been missing for almost two years,” says band member Chris Duncombe. “We wanted our first tour back to take us to as many communities as possible both big and small to say thank you to our fans who have stuck with us and allowed us to follow our dreams.”

Joining the band on the tour in an opening slot is CCMA Discovery Award winner and fellow British Columbia native, Raquel Cole, who is also a finalist in this year’s upcoming SiriusXM Top of the Country contest at Canadian Country Music Week in London, ON.

At last year’s Canadian Country Music Awards, The Washboard Union took home the award for Group or Duo of the Year for the third consecutive year, becoming the first band in a decade to win in the category for three straight years, with hope for a fourth straight win in 2021. They also won their fifth consecutive award in the Roots category, and have earned nine career CCMA Award wins with 15 nominations. The band was also awarded a 2021 SOCAN Country Music Award for their single “Country Thunder,” which became their second career Gold single, in 2021.

The Washboard Union has become Canada’s preeminent country band with a growing following all over the world. Resonating with audiences far and wide from North America to Europe, The Washboard Union’s dynamic live performances have set them apart as one of the most unique talents in music today. The 2 time gold-certified trio are also winners of the Juno Award for Breakthrough Group of the Year, and have an incredible 31 music awards under their belt.

In compliance with orders from the Government of Ontario, fans must agree to the following terms prior to ticket purchases & event entry:

By purchasing tickets for this event, you confirm that at the time of the event you, and anyone you are purchasing tickets for, will be fully vaccinated against COVID-19 (14 days past final vaccination shot). Fans under the age of 5 must be accompanied by an adult with proof of full vaccination. Unvaccinated fans 5 years of age and older will not be eligible for entry. Under protocols from the Ontario Government, face masks are required except when eating or drinking. Entry requirements subject to change.

For tickets or more information click this link to ticketmaster